Sunrise or Sunset over Angkor Wat in Cambodia?

Should you see the sunrise or sunset in Angkor Wat or maybe both? Yes that’s the question! 🙂 What do I prefer? I have experienced both the sunrise and sunset when I visited Angkor Wat in Cambodia and must say that both experiences are truly magical! This is actually one of the coolest things I’ve ever been to and I’ve seen a lot around the world.

To say that one is better than the other is like saying if something is a plague or cholera, but on the contrary. Both the sunrise and the sunset are good and if you only get to see one or the other you have seen well enough, but one of them I still think is a must to experience when you are here and visit Angkor Wat. Don’t just come here during the day and then go home, stay here for at least one night. 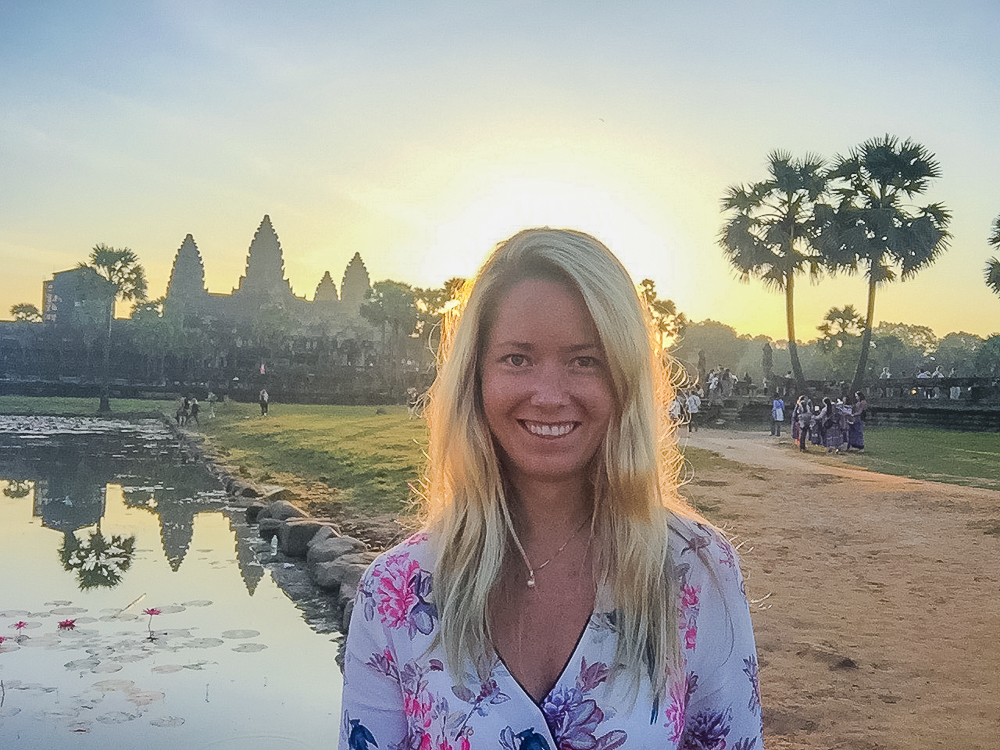 I made a mistake the first night I came to Siem Reap which is the city where Angkor Wat is located. I was outside the “walls” if you say so, which I thought was the right place to be but it turned out that I should have stepped inside to be able to have the most famous temple in front of my nose, that should have been right place. So the first evening’s sunset, which I still thought was awesome, was not at all the same level as the evening later, the day after, when I decided to do it again but this time at the right place, inside the walls with thousands of other people 😉 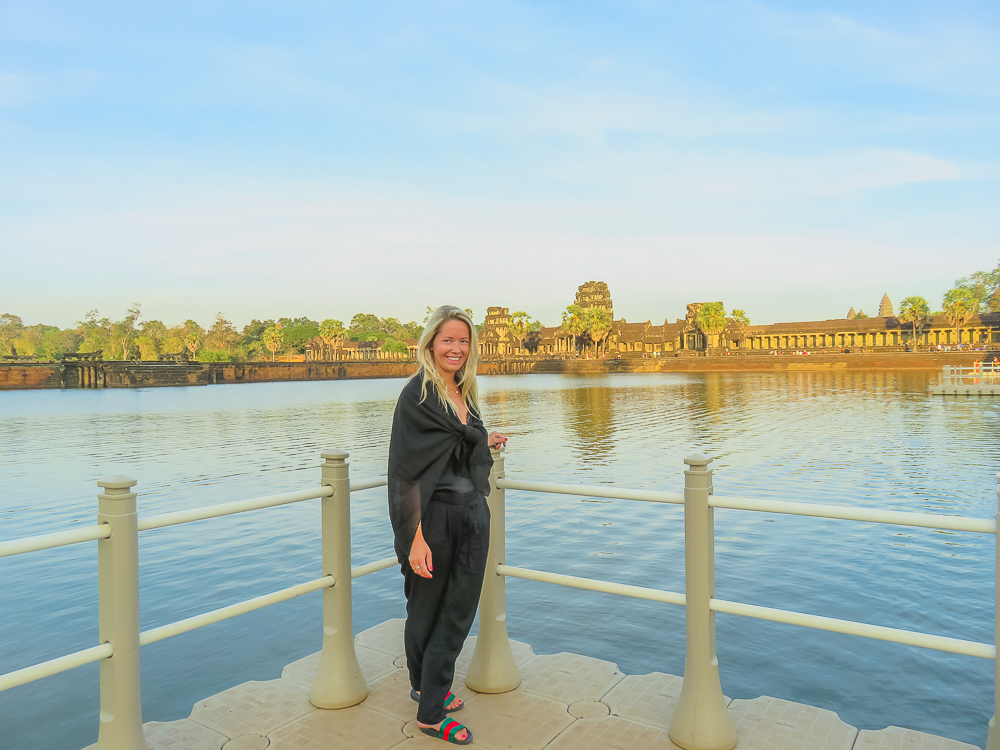 So, the first sunset evening I would say was a fail from my side but still good, however you should go over the small stream as it is and enter through the walls, keep walking about 3 minutes to reach the lake which is just in front of the temple, then you are right! So the other evening’s sunset, when I was at the right place to watch the sunset, was really beautiful to watch!

After the first evening’s sunset, I went to bed early to get up at 04:00 in the morning, which sounds super early (and that’s it!) But it’s really sooooo worth it! My driver that I had as a private driver and arranged for the day before picked me up outside the hotel at 04.15 and drove me to the entrance where I was standing the night before. This morning I followed the crowd and walked across the creek, through the walls and continued to walk a good distance until I arrived at the lake which is just in front of the Angkor Wat Temple. Here I stood and crowded with thousands (!) of other people, it really felt that way and it was all dark and I couldn’t see anything. One tip is to bring a flashlight, I really needed it and saw that some experienced tourists had it with them! 🙂

Expect it to be chilly so early in the morning. I wouldn’t say it was cold but chilly anyway. A sweater is enough to wear. But to get a good seat /space you need to arrive in good time, in the middle of the night and stand here for a while before sunrise so you will need that sweater for a while.

The cool thing about the sunrise is that the colors over Angkor Wat change every minute. The picture you took 10 minutes earlier doesn’t have the same colors as the one you take 10 minutes later, it is really magical to see and experience! 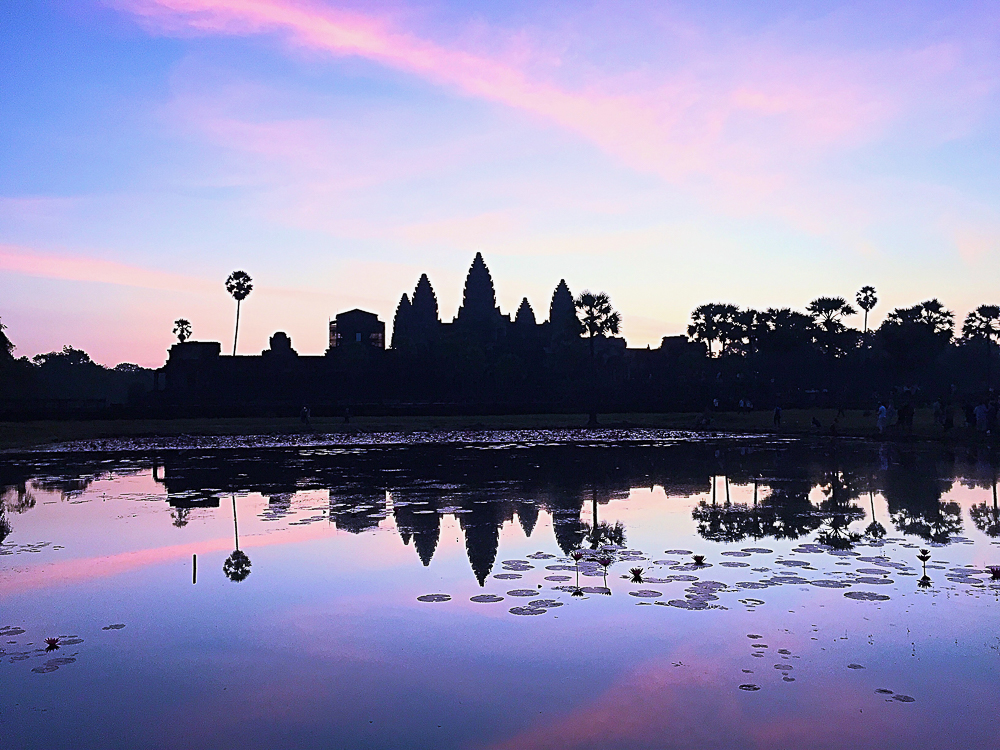 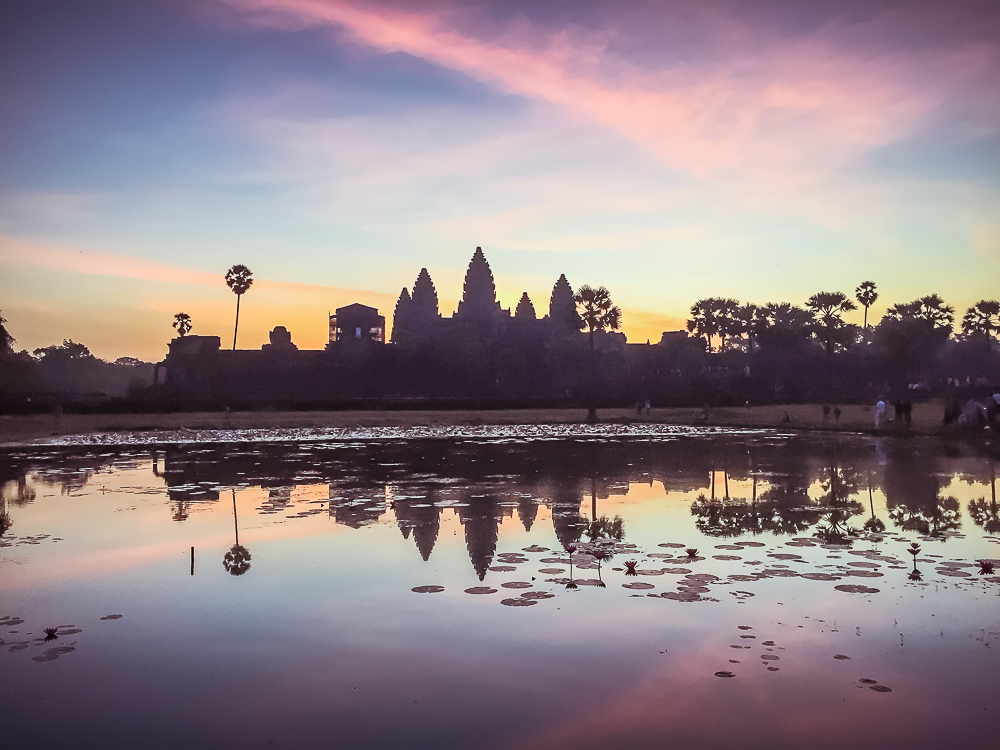 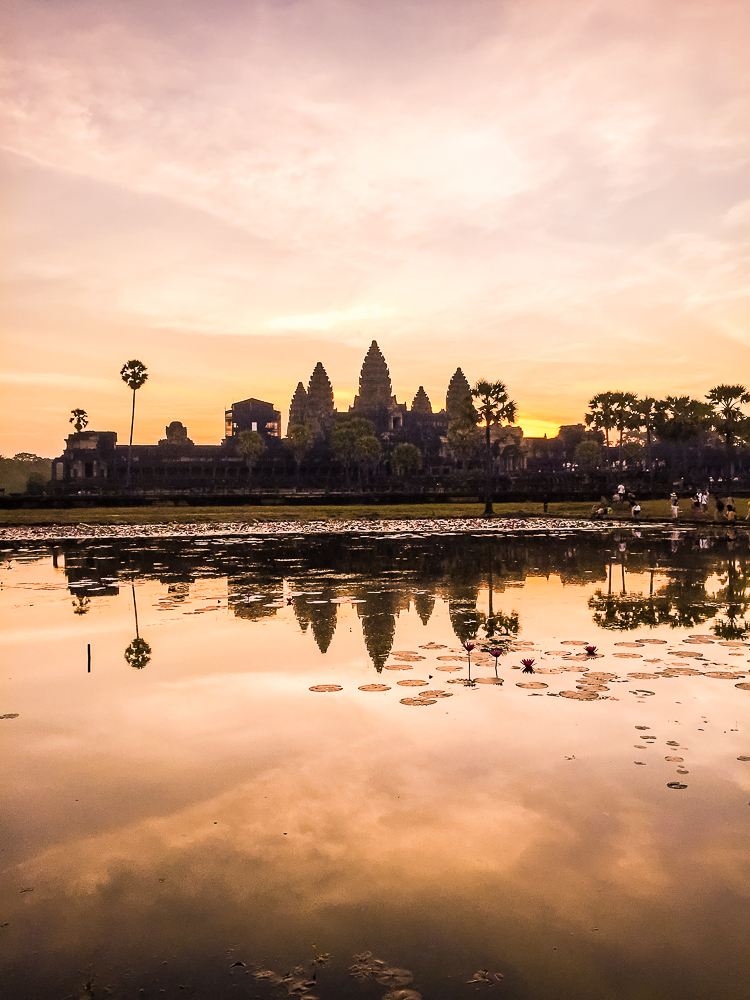 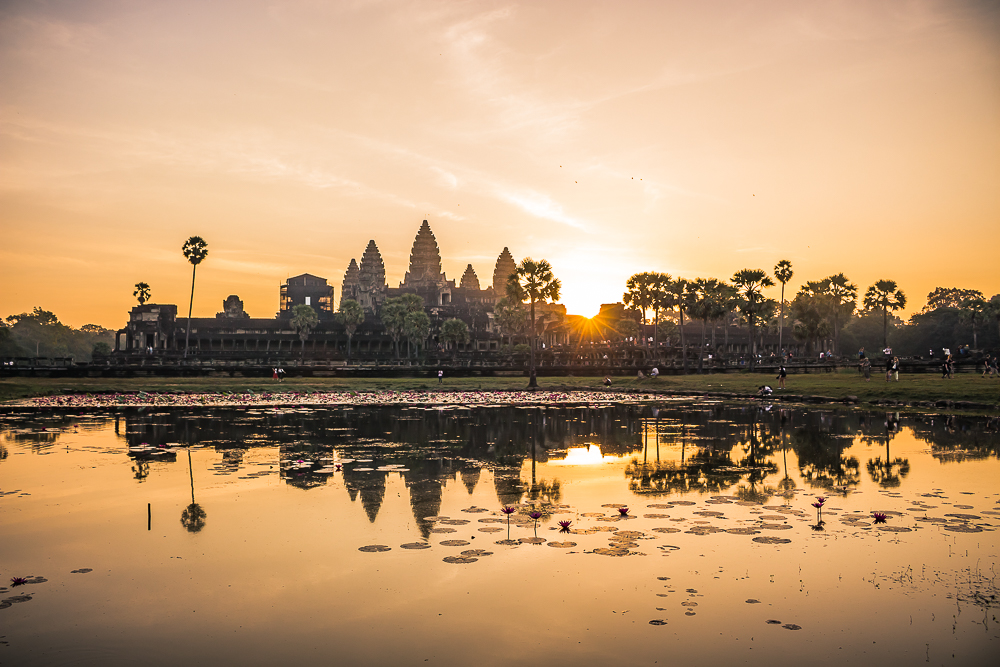 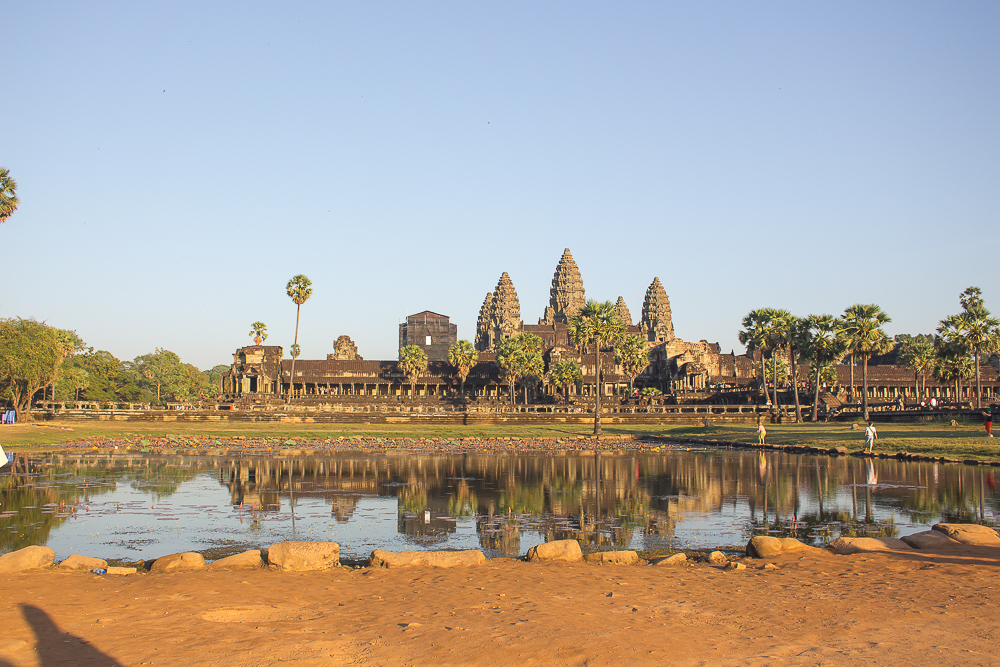 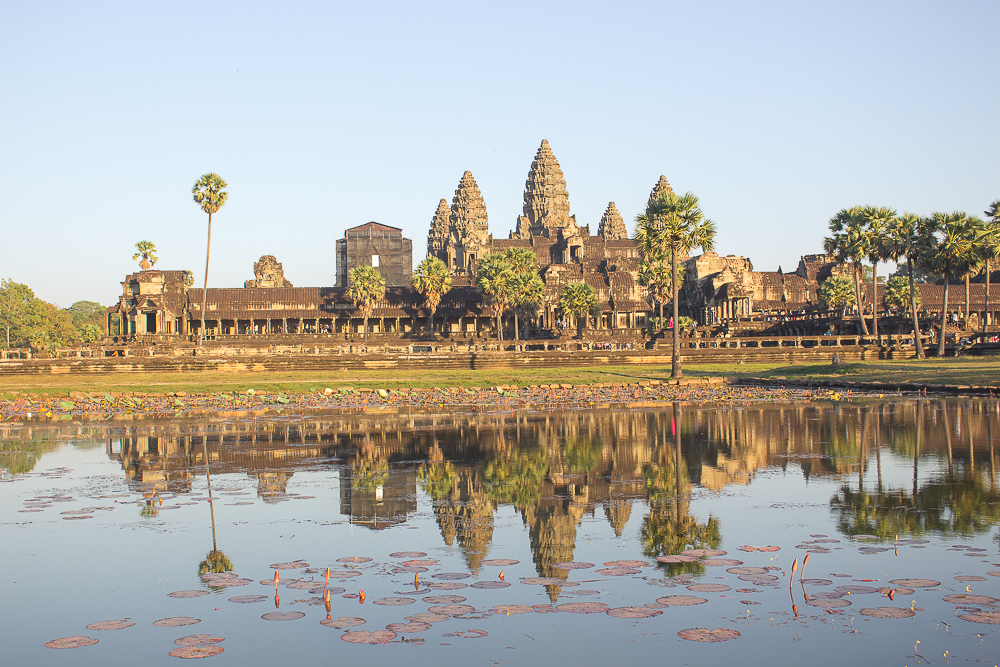 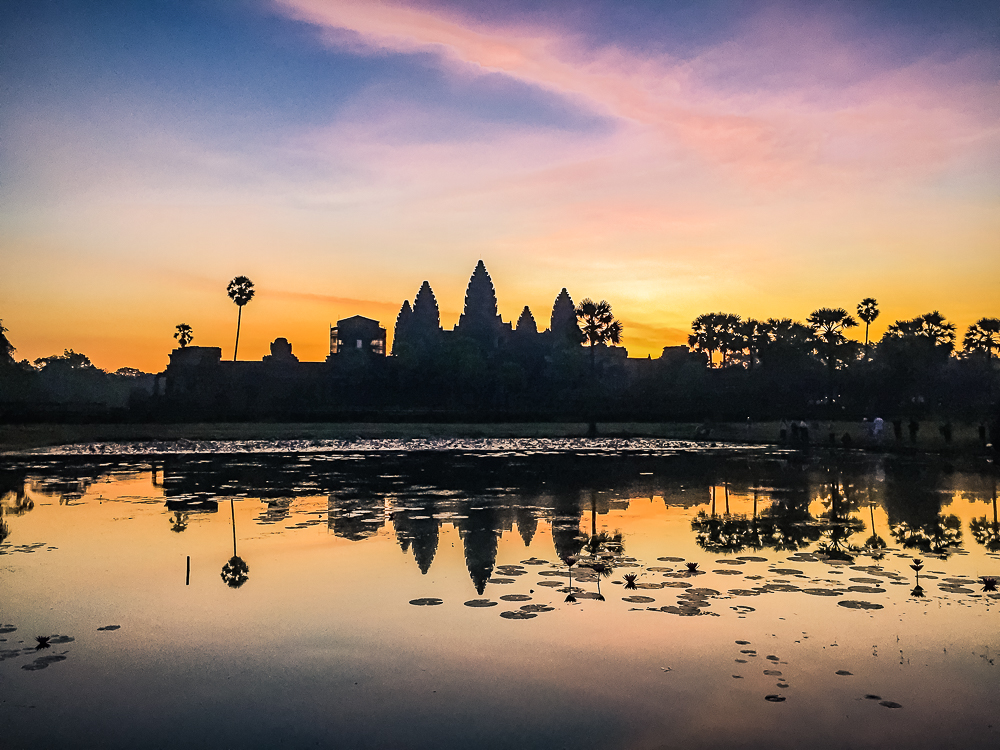 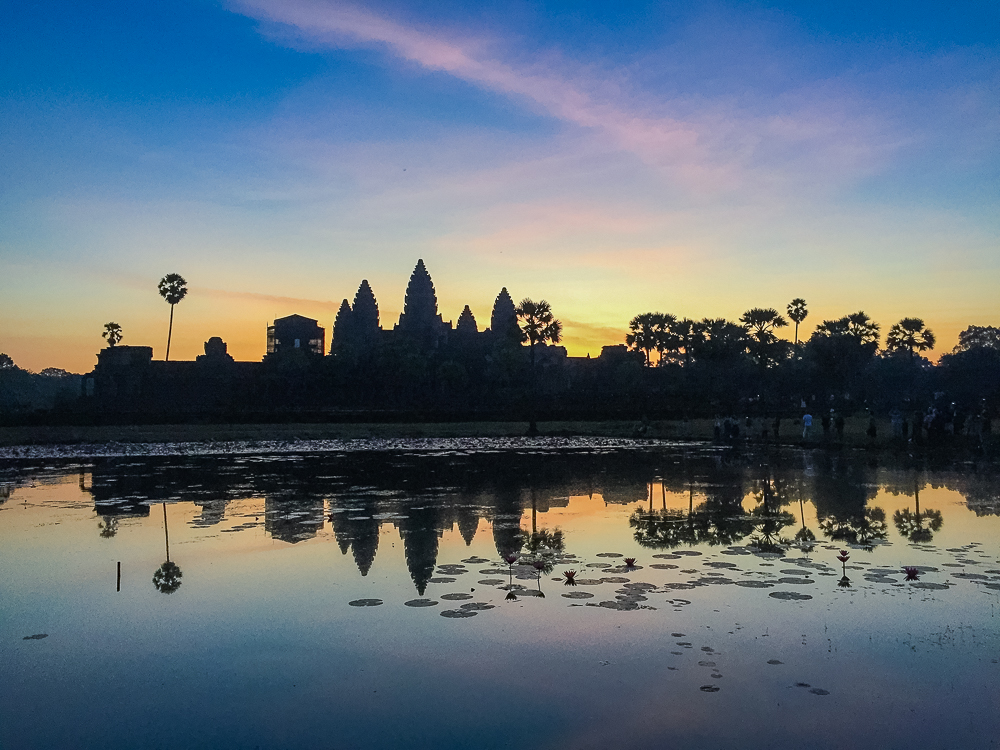 So what did I think was best? The sunrise or sunset over Angkor Wat? Both are really cool but If I really have to choose, I say the sunrise. It was really outstanding and something among the most powerful I have ever experienced. It actually hit Chitchen Itza in Mexico which is still one of the world’s 7 new wonders, it was nothing compared to Angkor Wat in its entirety but also especially Angkor Wat during sunrise. If you go to Angkor Wat and just want to see one or the other then I recommend you to watch the sunrise. It is worth getting up at 4:00 in the morning for this but can you I would also see the sunset when you are here 🙂 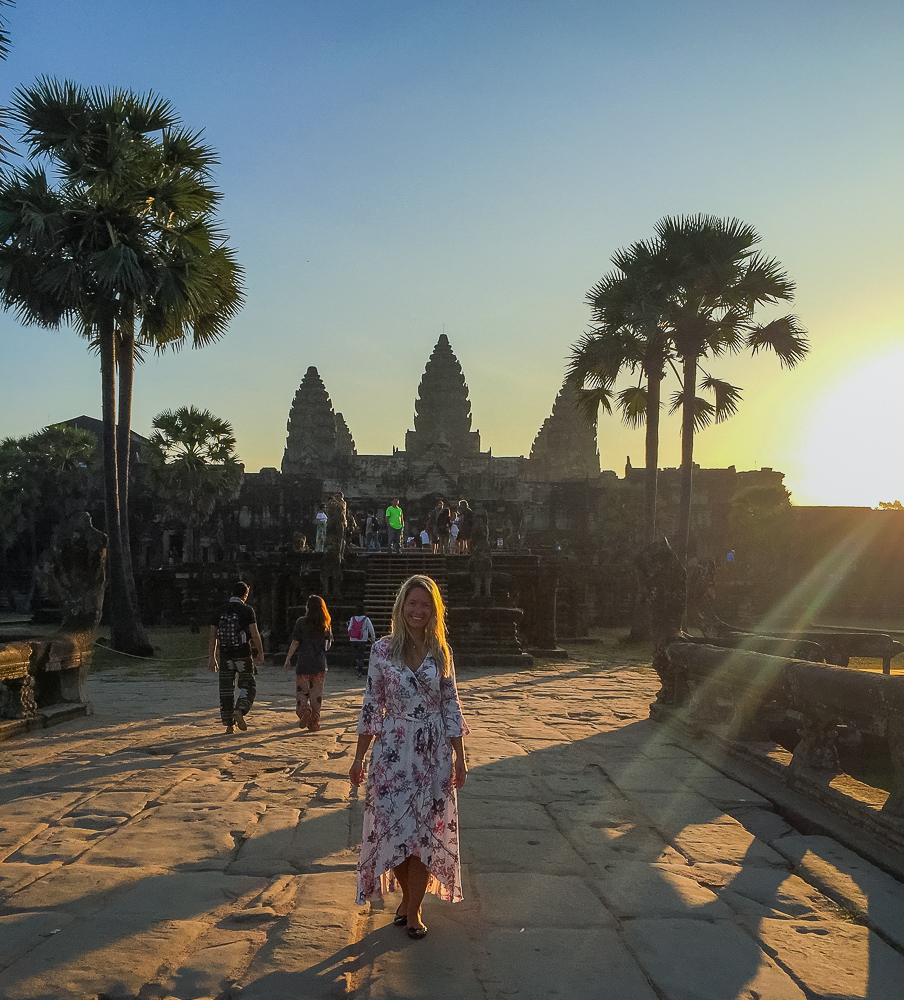 Have you already been to Angkor Wat, what did you think was best? Sunrise or sunset? 🙂 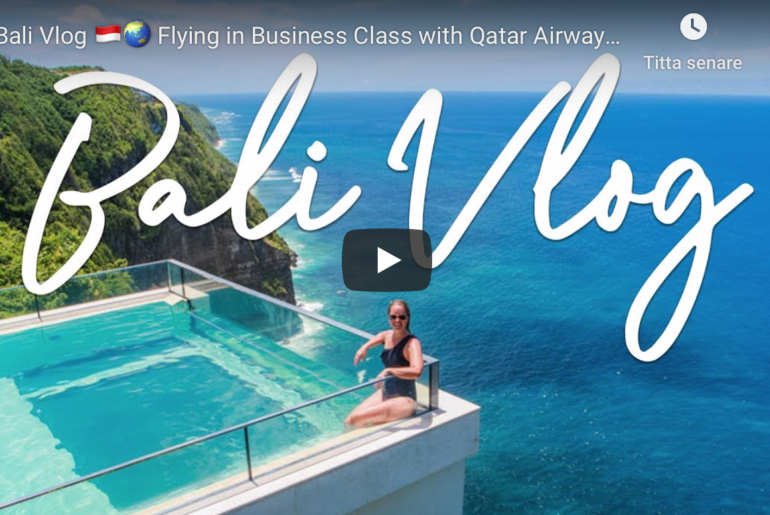 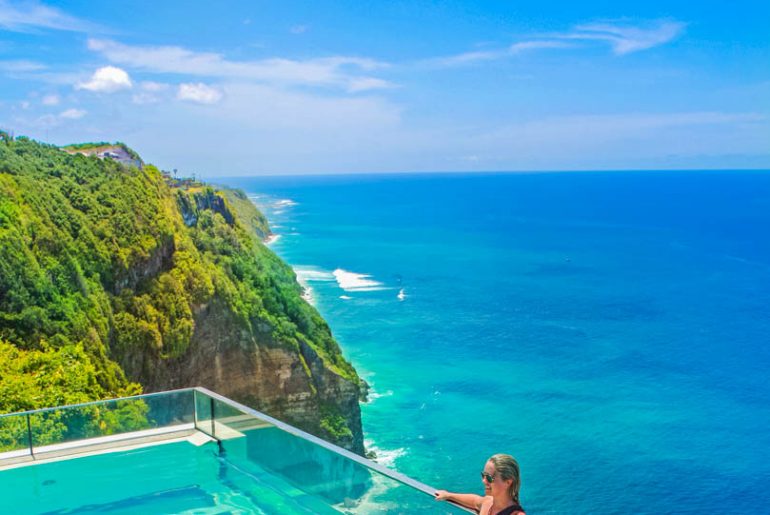 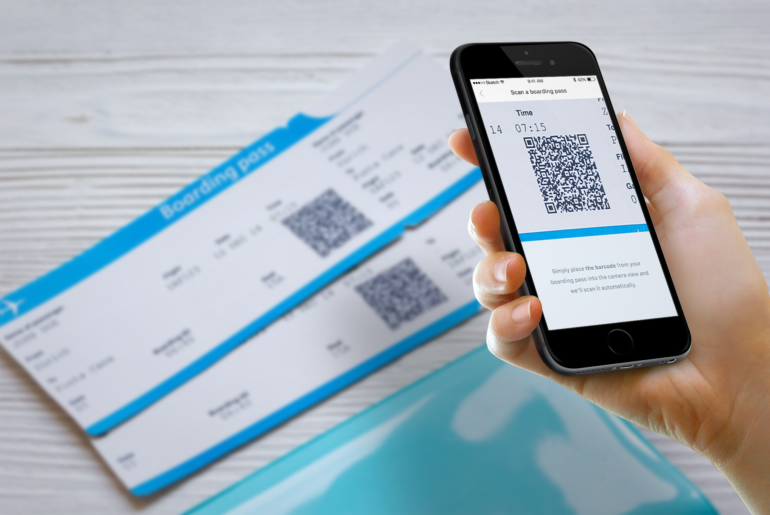